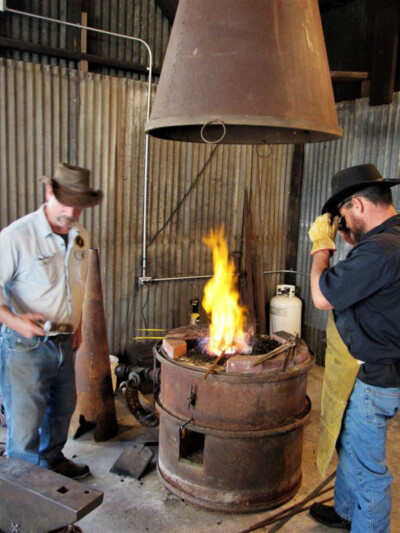 On March 4, 2017, a chilly windy day, Sutter Creek’s historic Knight Foundry opened its doors to the public for the first time in nearly 20 years. Nearly 1,200 people visited, and two decades of pent-up interest and enthusiasm was unleashed. Now, five years later, the organization that made it possible is both looking back at how they got here and making exciting plans for the future.

Founded by Samuel Knight in 1873, the Foundry is unique as it is the only remaining water-powered foundry and machine shop in all of North America. Samuel Knight was an inventor as well as a machinist and entrepreneur, and his design for a water-driven impulse wheel would power the Foundry’s system of line shafts and belt drives largely unchanged through 123 years of continuous operation with four different owners. Knight Foundry would help to supply and equip Amador County’s deep shaft hard rock gold mines, as well as railroads and industrial facilities throughout California and beyond.

But by the early 1990s the unchanging machinery could not keep up with the ever-changing economic times. The final hot iron pour at the Foundry was in July 1996, after which the doors were padlocked and all activity, industrial and educational, ended. That same year the Foundry was named as one of America’s most endangered historic sites by the National Trust for Historic Preservation. The site remained dormant for a solid two decades, as various nonprofit groups tried and failed to raise funds to purchase the site and open it to the public fell short. While the long sleep frustrated those who saw the immense historic value of the site, the historic machinery and inventory contents of the site surprisingly remained preserved and untouched during that period.
The breakthrough came in late 2016, when a deal was struck between the private owners of the Foundry and the City of Sutter Creek. The City lacked the funds to complete the transaction, but the community rallied to the cause, and through the Knight Foundry Alliance, the necessary money was raised in just four months. Donations came in from hundreds of individuals, families, and community organizations, all committed to seeing the Foundry as a public resource once again.

With the Foundry officially transferred, the work of transforming the Foundry into a world-class interactive museum and educational facility was begun. Second Saturday Public Tour Days began and have continued every month except during the height of the pandemic. The contents of the main building are organized, restored, and displayed, and other buildings in the complex have been rebuilt and either repurposed or returned to their original uses. The demonstration power system has wheels and belts turning overhead. Classes in blacksmithing and foundry practice are being held, and molten cast iron is being poured at the Foundry once again. 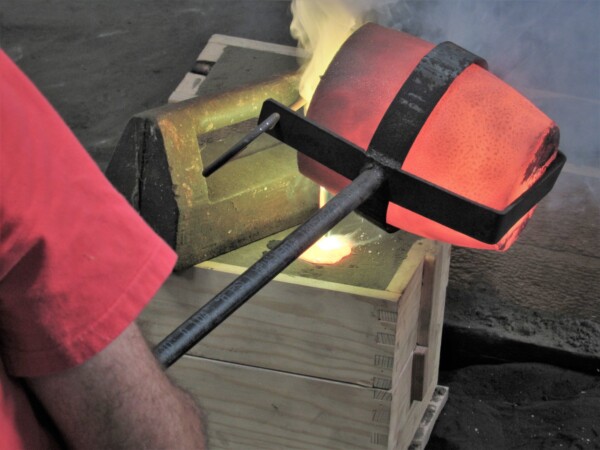 metal being poured into the mold cavity

Knight Foundry Alliance has a wealth of projects planned for the next five years, including the complete reconstruction of the Pipe Shop building, cataloguing and digitizing the extensive Foundry archives, and expanding the education and interactive programs that draw upon the Foundry’s unique history, to name just a few.

On every Second Saturday Tour Day, expert docents – many of whom have been on hand for the full five years and more – will be on hand to answer questions and offer tips for touring Knight Foundry. Tickets are $15 for adults 18 and older; $5 for students age 5-17; free for children under 5 and Knight Foundry Alliance members. Hours: 10 a.m. – 3 p.m. All demonstrations are included in the ticket price. No reservations are needed. Masks are suggested.